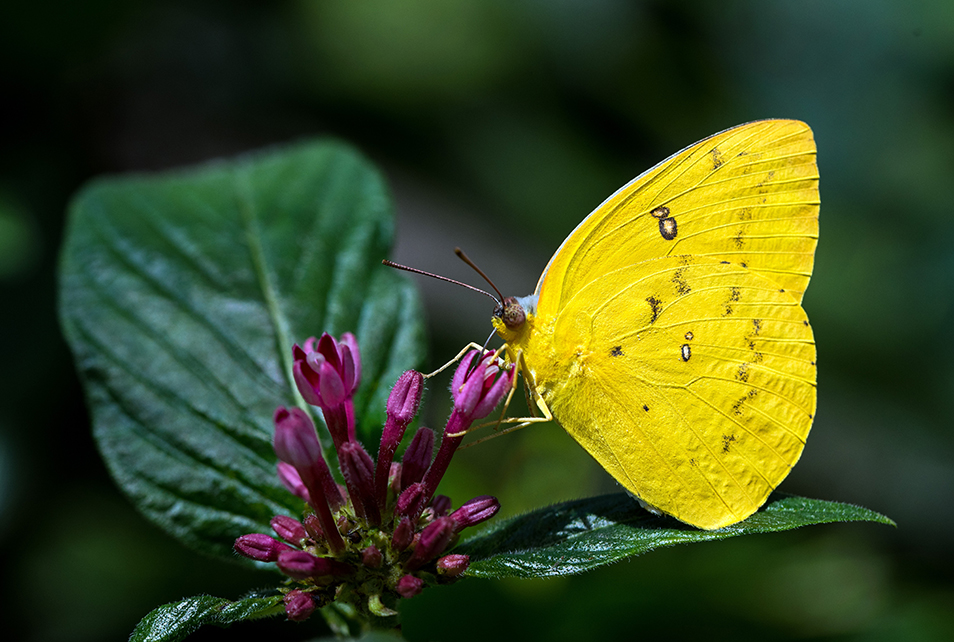 Put your hands up if you love pollinators – of course you do, who wouldn’t?

Pollinators are amazing, and their importance cannot be overstated. Why do pollinators matter? They are essential for our agricultural industry – 75 percent of our food crops rely on animal pollination. They are also fundamental to a healthy biodiversity, and can play other important roles in the ecosystem (in addition to pollination) such as biological control and waste decomposition. Basically, they keep our planet alive!

We’re of course not the only ones that think pollinators are worth applauding – Australian Pollinator Week (external link) celebrated in November, was originally designed to raise awareness of our important and unique insect pollinators, particularly bees.

We’ve buzzed about bees before on this blog, and published not one, but two acclaimed bee books – A Guide to Native Bees of Australia by Terry Houston, and Bees of Australia: A Photographic Exploration by James Dorey. And while we could drone on (yes, that’s another bee pun) about bees for much longer than just a week, there are plenty of other animal pollinators that deserve our recognition and praise too.

So as well as our beloved bees, here’s some other animal pollinators we want to salute in Australian Pollinator Week!

Do you love chocolate? How about flies? Confused? In The Secret Life of Flies, author Erica McAlister, explains that flies are responsible for pollinating chocolate – hmmmm chocolate. Specifically, chocolate midge flies pollinate the Theobroma cacao, or cocoa tree!

More broadly, the pollinating role of flies is hugely important for the general health of a range of ecosystems. 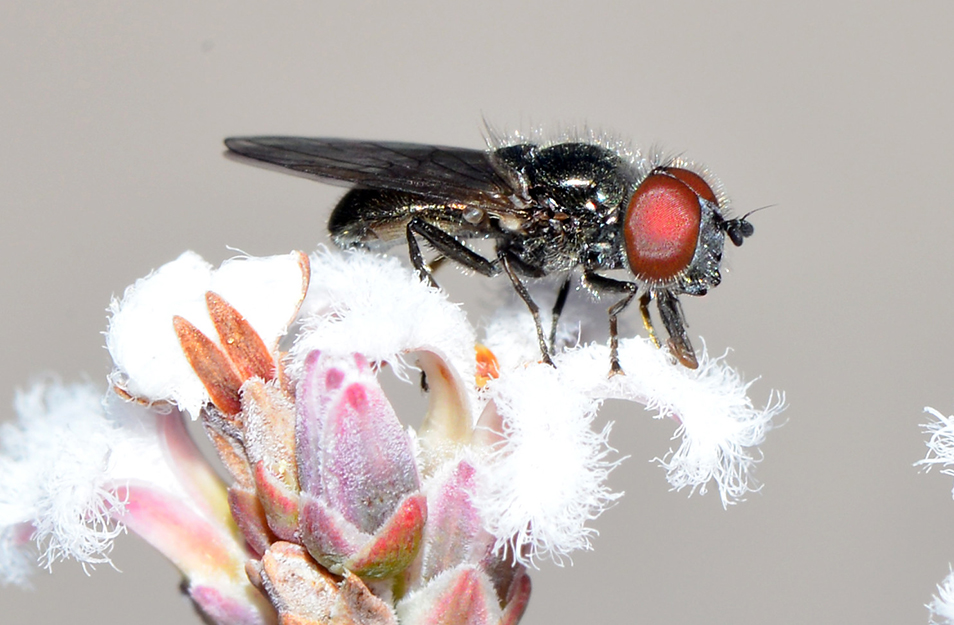 Hover flies are considered to be one of the most important fly pollinators (photo: Jean and Fred / Flickr CC BY 2.0)

But it’s not just bees and flies that are insect pollinators. In Miniature Lives, author Michelle Gleeson can help you identify some of the amazing insect pollinators you can find in your own garden, including butterflies, beetles, ants, wasps, and even thrips. Yes, thrips.

Ornithophily is the pollination of flowering plants by birds! Many birds are important pollinators.

Cassowaries are rainforest gardeners and one of only a few species that can disperse large rainforest fruits. They swallow fruit whole, digesting the pulp, and passing the seeds unharmed in large piles of dung, distributing them over large areas throughout the rainforest.

The Rainbow Lorikeet feeds on nectar and pollen. Pollen brushes against the bird’s forehead and throat and is spread to other flowers as it feeds. 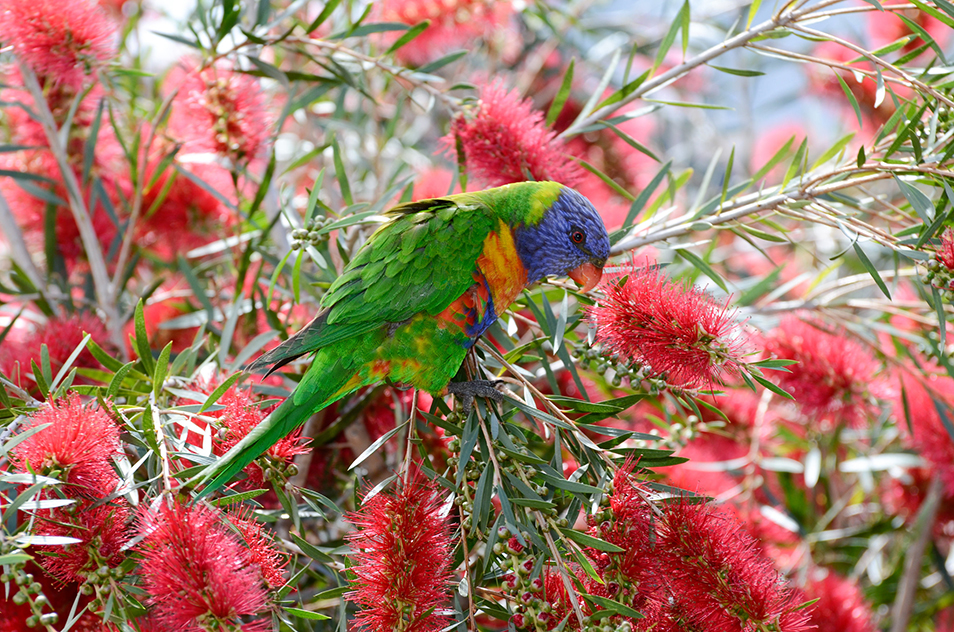 The Rainbow Lorikeet is as colourful as the plants they pollinate (photo: Peter Mackey / Flickr CC BY-ND 2.0)

If you want to spot a bird pollinator in the wild, The Australian Bird Guide, is the most comprehensive and beautifully illustrated field guide to Australia’s unique birdlife.

Bats are probably the best known mammal pollinators. Some plants (especially those that flower nocturnally) depend partly or wholly on bats to pollinate their flowers and spread their seed. 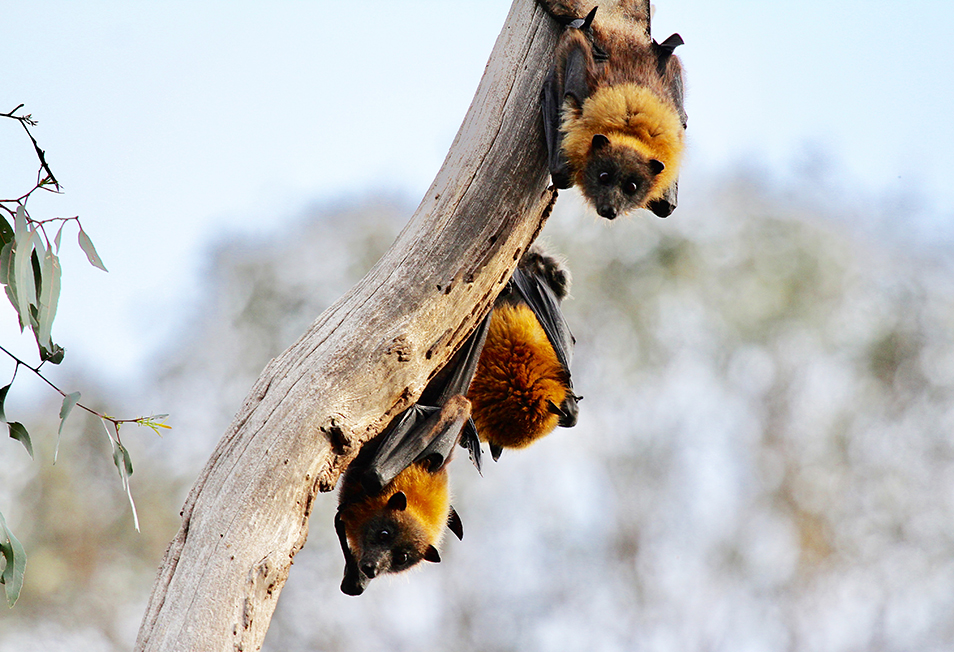 In the Secret Lives of Carnivorous Marsupials, we learn that the amazing antechinus (which we featured in this earlier blog post) spends as much time in trees as they do on the ground, and have been implicated in pollination of various plant species, such as the Banksia. 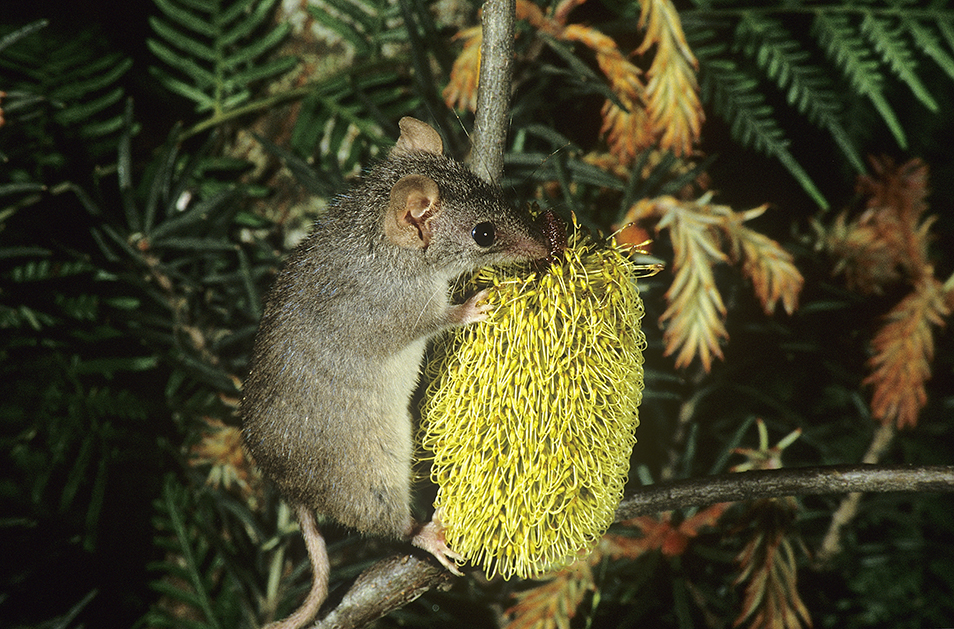 The Agile Antechinus plays a role in pollination of native species like the Banksia (photo: Jiri Lochman)

Let’s not forget our reptiles

Some lizard species are known pollinators, including skinks and geckos. As they lap up nectar, pollen from flowers stick to their scales! Just another reason to address the urgent issue of conserving Australia’s lizards and snakes, as outlined in The Action Plan for Australian Lizards and Snakes 2017.

And if you are still not convinced about the importance of our animal pollinators, you may just want to check out some of the essential crops that rely on pollinators to reproduce in Food Plants of the World – plants that make up the bulk of what we eat and drink every day! 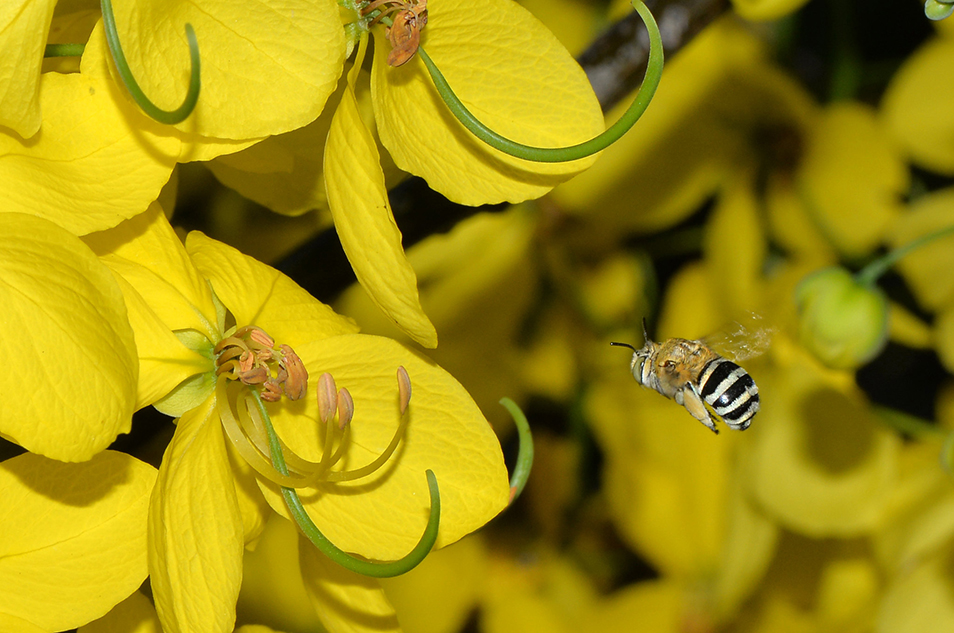 So next time you pick up an apple to eat, or admire the native flowers in your garden, we hope you too will take the time to celebrate the value and diversity of animal pollinators, especially during Australian Pollinator Week.

Previous post:
A Rosella by Any Other Name: talking Australian Bird Names with Ian Fraser
Coming up next:
Science Illustrated: Q&A with Craig Smith