70 Years of Australian Journal of Chemistry: a retrospective

To celebrate seven decades of publication, we reflect on the history of Australian Journal of Chemistry and share some of the most influential research from its pages. 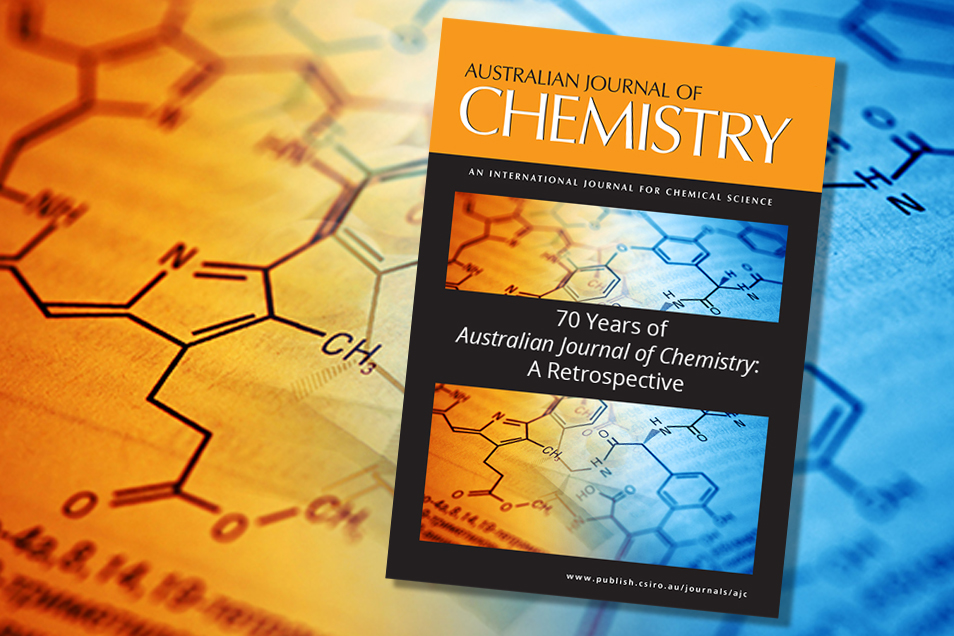 A new virtual issue, 70 Years of Australian Journal of Chemistry: A Retrospective, is free to read online until 30 June 2019.

Last year, Australian Journal of Chemistry (AJC) celebrated 70 years of publishing research papers from all fields of chemical science, focusing in particular on multidisciplinary chemistry and emerging areas of research. How better to mark this major publishing milestone, than by reflecting on the past and celebrating those who contributed over the decades.

This virtual issue is a selection of 12 influential papers from the 1950s until today, which have been made freely available online until 30 June 2019.

Stepping back in time

In her 2017 article (external link) for Chemistry in Australia, the magazine of the Royal Australian Chemical Institute (RACI), AJC’s Publisher Jenny Foster wrote about the history of journal: “to appreciate where AJC now stands, it is important to understand its roots.” In fact, AJC’s seven decades of publication not only track the journal’s history, but also the contemporary history of scientific publishing in this country, as well as the history of Australian chemistry itself.

As far as we know from the few records we have from the period, for the first four decades the journal’s submissions were primarily from Australia: Australian universities and institutions, and a smattering of international papers.

The growth of internet use in the 1990s predictably changed this ratio. AJC was the first Australian journal to publish online – indeed, one of the first globally, before Elsevier, Springer and Wiley – when it embraced online access in 1996. Without the geographic limitations of publishing in international journals, AJC’s author demographics diversified. 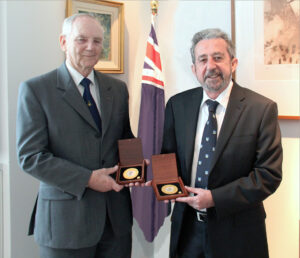 The journal’s vision is to showcase the best chemical science from Australasia to the rest of the world, along with publishing important international contributions.

AJC has published some of Australian chemistry’s most influential work. For example, CSIRO inventors of RAFT, Ezio Rizzardo, Graeme Moad, and San Thang, published their reviews on the same topic, the first of which is the most highly cited paper in the journal’s history. While not included in our virtual issue, the reviews are free to read online. Their work allowed for the development of new plastics and polymers that could be used in everything from solar cells and paints to cosmetics and improved drug delivery methods.

Rizzardo, along with David Solomon (one of the inventors of our polymer banknotes), shared the 2011 Prime Minister’s Prize for Science, and the CSIRO group were contenders for the 2014 Nobel Prize in Chemistry.

While the RAFT reviews might be the most highly cited of AJC’s papers, the journal has published work by many other influential authors. Michelle Coote is an Australian Research Council (ARC) Future Fellow, Fellow of the Royal Society of Chemistry (FRSC) and Fellow of the Australian Academy of Science, who co-authored another landmark RAFT paper, A Synthetic Approach to a Novel Class of Fluorine-Bearing Reversible Addition–Fragmentation Chain Transfer (RAFT) Agents: F-RAFT, included in this virtual issue. 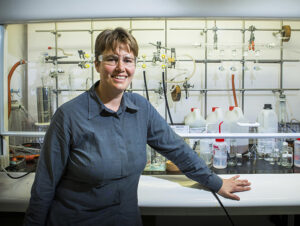 Sir John Cornforth received the Nobel Prize in Chemistry in 1975, for his work on the stereochemistry of enzyme-catalysed reactions, and is still the only Australian chemist to have received that accolade. His beautifully written lecture, The Trouble with Synthesis, is free to read as part of our virtual issue.

Another Nobel Laureate, Sir John Pople, co-authored a historic paper with Leo Radom, entitled Internal rotation in some organic molecules containing methyl, amino, hydroxyl, and formyl groups, which was published in the very early days of combining quantum chemical methods with computers to solve chemical problems. These calculations were carried out on early mainframe computers with punched cards – so different to today’s machines! 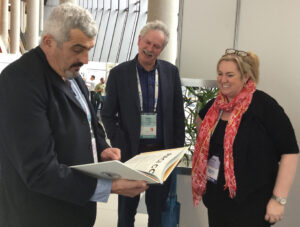 This is only a sample of the 12 influential papers included in the virtual issue, 70 Years of Australian Journal of Chemistry: A Retrospective, which is free to read until 30 June 2019.

“Selecting a few papers to represent seven decades of history was tough” says AJC co-Editor-in-Chief, George Koutsantonis. “We tried to choose papers which were representative of the breadth of science published in the journal. All have been authored by internationally-influential chemists, whose contributions have helped to make AJC such an important part of the scientific community.”

“It makes me proud to be a part of a journal which has published such fabulous work,” says AJC publisher Jenny Foster. “Happy birthday us – here’s to the next 70 years!”

Are you considering submitting a manuscript to AJC? Find out more about our submission process, Open Access options and scope on our website.