For more than 40 years Stephen Debus has studied or observed all of Australia’s resident raptor species – here Stephen shares some of his experiences with these magnificent birds. 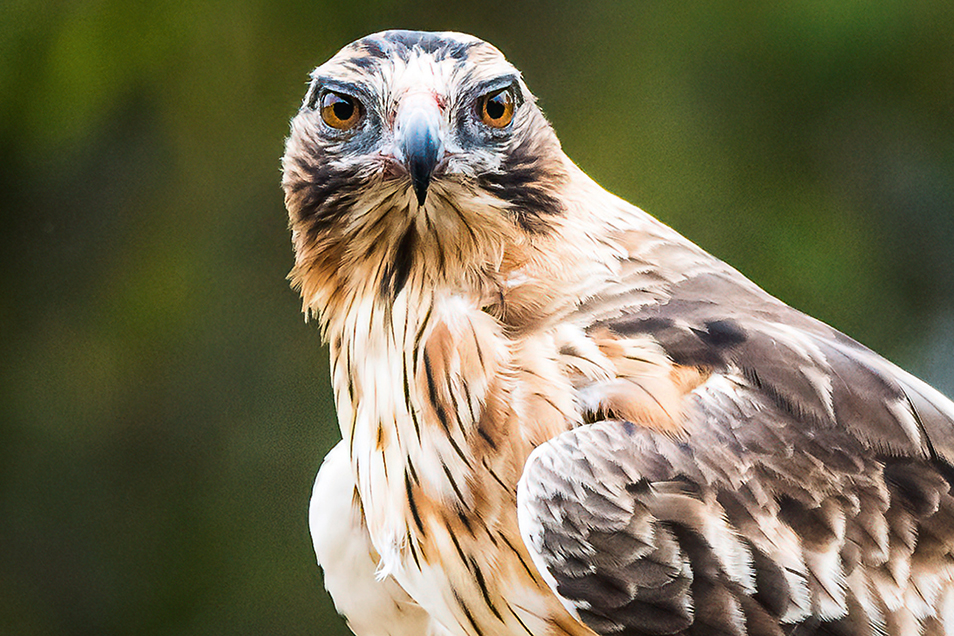 A spectacular Little Eagle, which features on the front cover of the third edition of Birds of Prey of Australia (photo: © David Whelan/wildpix.com.au) 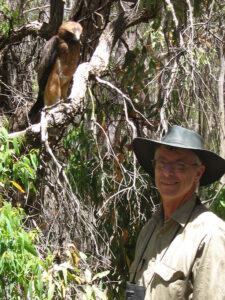 Birds of Prey are iconic and spectacular – their hooked bills, intense eyes, powerful feet and sharp curved claws, make them a fascinating and somewhat intimidating subject. Even though raptors are beloved by many, even the most eagle-eyed bird watcher can find them difficult to identify. They are predominantly coloured in browns, greys, whites and blacks, and all too often all you will see is a nondescript brown bird disappearing into the distance!

Little wonder then that Stephen’s award-winning field guide Birds of Prey of Australia is now in its Third Edition. We asked Stephen to share a little more information on the birds he has studied and admired for more than 40 years.

What do you find so fascinating about birds of prey?

I think it’s their powers of flight and speed, and in some cases their sheer size.  Also their other physical attributes such as vision, imposing manner and grace in the air, and the contrast between their predatory habits and gentle parental behaviour. 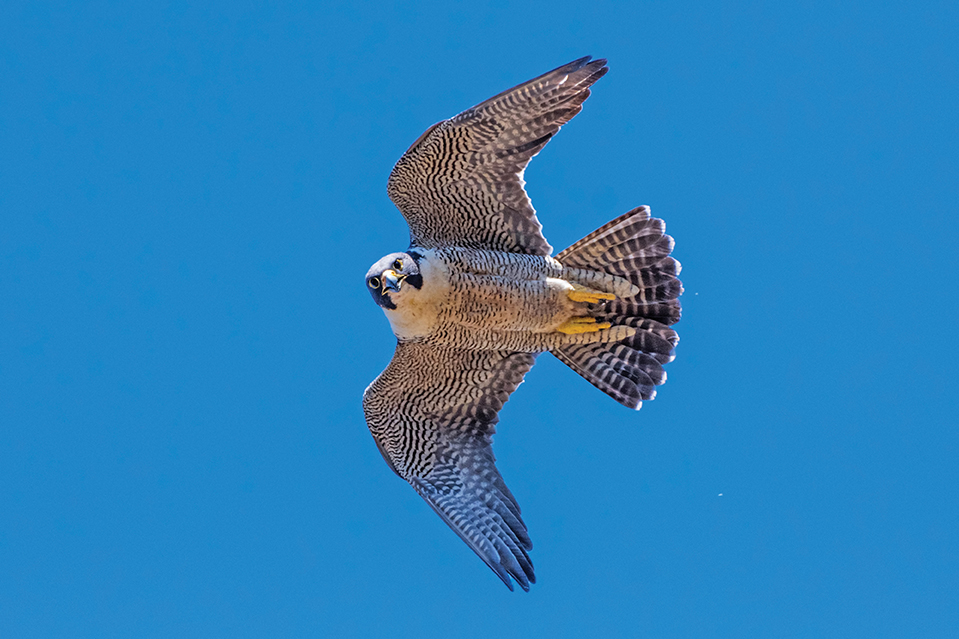 I’ve got my eye on you – Peregrine Falcon (photo: © David Whelan/wildpix.com.au)

Do you have a favourite species, and why?

I’ve had favourites that I’ve been working on at the time, usually the smaller or lesser known species that live in the shadow of their more charismatic cousins, or the threatened endemic species.  So it’s variously been the Australian Hobby, Collared Sparrowhawk, Red Goshawk, Black Falcon and Grey Falcon, but I keep coming back to the Little Eagle as a species combining those features with being a spectacular hunter and flier having an exuberant courtship display and voice.  The other five can also be spectacular fliers. 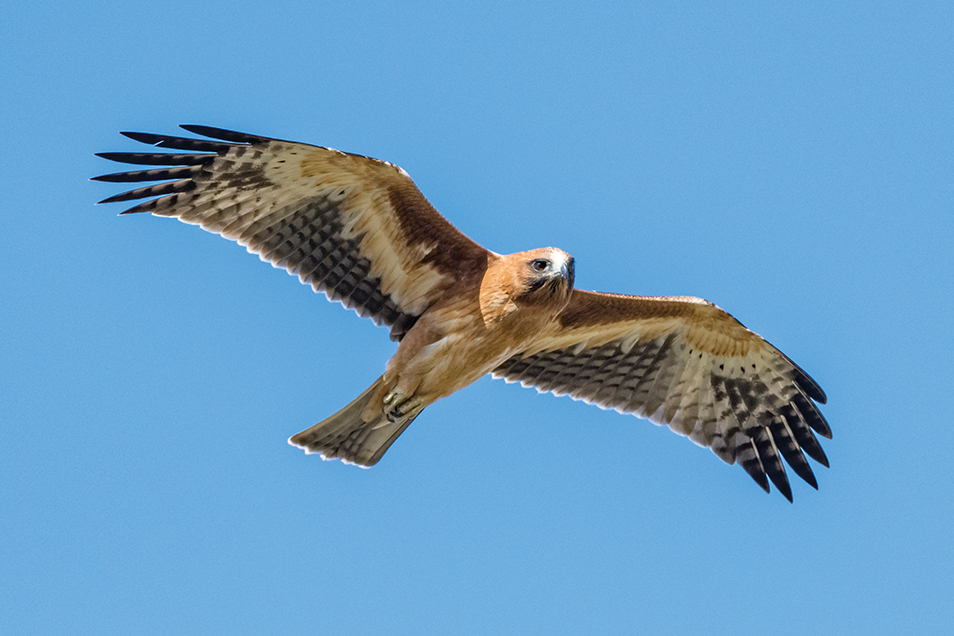 Have you got any funny or interesting anecdotes of the extreme lengths or places you may have gone to see a species?

I’ve had some interesting trips to Kakadu and Cape York Peninsula to survey and watch Red Goshawks, and to various outback locations in arid South Australia to see or survey Grey Falcons and other arid-zone endemics.  Perhaps the funniest incident was on my home turf studying Little Eagles.  I was sitting in a camping chair looking through a telescope at a nest when a Brown Snake, unaware of me, approached my feet.  Intending to stand up slowly and move out of its way, I tripped on the chair, fell over and knocked the telescope over, towards the snake.  The snake raised its head in alarm, but satisfied that nothing else was about to happen, it moved on and I was able to resume the watch.  A somewhat more alarming incident was being camped in a small tent at Mataranka, on a Red Goshawk search, and having feral donkeys galloping and braying past the tent during the night with only nylon separating me from the prospect of being trampled. 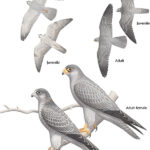 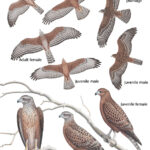 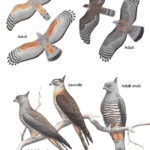 What concerns do you have for the conservation of birds of prey? Any particular species whose plight worries you?

Most species, even the common ones, are declining, mainly through impacts from habitat clearing or degradation, urbanisation, agricultural poisons, feral predators (cats, foxes), and in some cases deliberate and illegal persecution (trapping, shooting, poisoning). The species of most concern are the Letter-winged Kite, Red Goshawk and Grey Falcon and, in southern states, Little Eagle and Black Falcon. 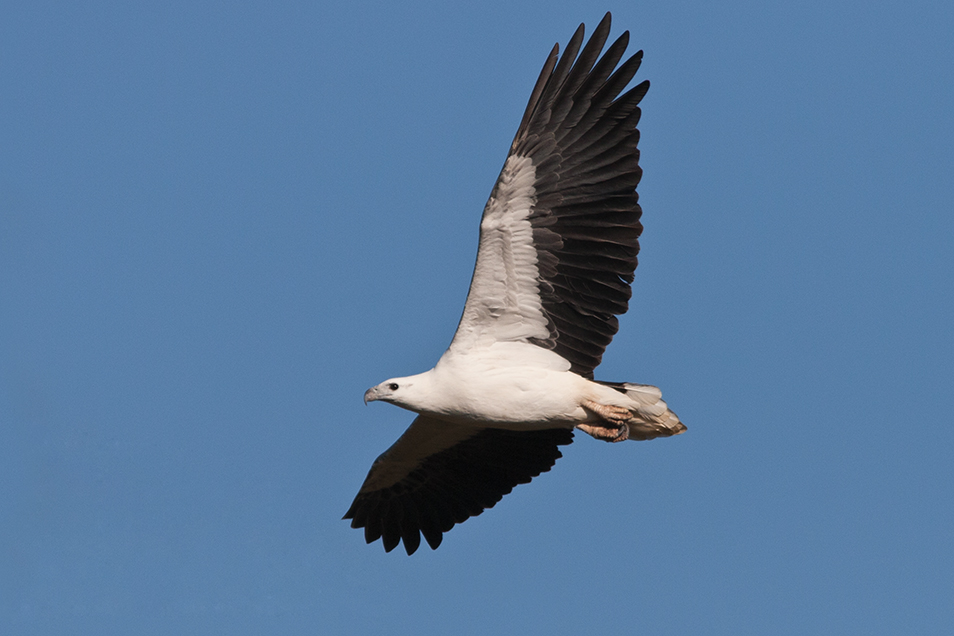 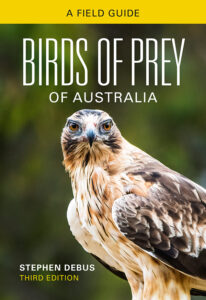 Birds of Prey of Australia is available to purchase from our website. Stephen has also recently collaborated with co-authors Richard Seaton and Mat Gilfedder to produce another stunning book, Australian Birds of Prey in Flight, hopefully making it even easier for readers to distinguish those brown streaks in the sky!

Previous post:
In-Spidering Research: Dr Leanda Mason and the world-famous Trapdoor Spider
Coming up next:
Sink your teeth into a virtual issue on oral health