Conservation Biologist Geoff Williams, author of The Invertebrate World of Australia's Subtropical Rainforests, discusses how he was inspired by the otherworldly beauty of subtropical rainforest and its inhabitants. 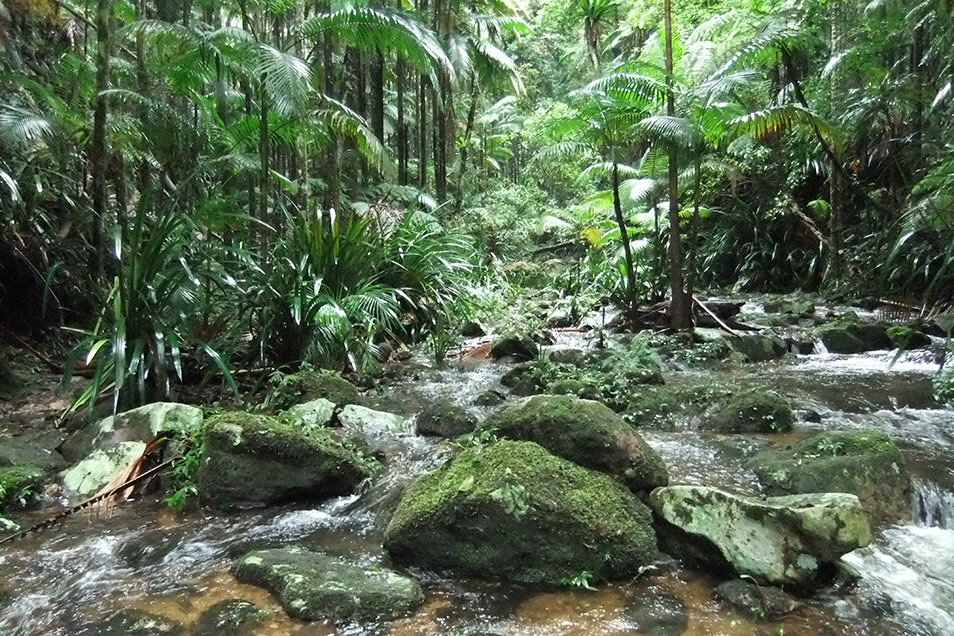 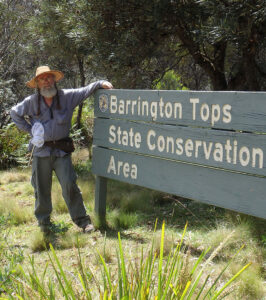 Biodiversity Month, held annually in September in Australia, is a time to reflect upon and appreciate our extraordinary natural heritage and the importance of protecting, conserving and improving biodiversity both in Australia and globally.

To help celebrate Biodiversity Month, we asked Geoff Williams – author of The Invertebrate World of Australia’s Subtropical Rainforests – about his twin passions for Australia’s invertebrates and our underappreciated subtropical rainforests.

What drives your passion for the invertebrates of Australia’s subtropical rainforests?

Once upon a time there was a forest that stretched north from the New South Wales village of Harrington to the hamlet of Crowdy Head. It was what I later understood to be littoral rainforest, a type of subtropical rainforest. It was home to plants and animals that, as a then young urban dweller, were completely new to me. And most of the animals were invertebrates – a multitude of insects numbered among them. The rainforest held a sense of wonder – but it was also an environment strange and unknown, a place of bizarre form, unfamiliar sounds and dim shaded understoreys. Nothing at all like the eucalypt forests, woodlands and heath that I was familiar with.

Much of this forest is gone now: only remnants remain. It first fell victim to sand-mining, then repeated episodes of fire, and then to the invasion of alien plants and animals. Cyclic impacts of fire and alien invasion continue with unremitting frequency. But my experience of it opened a door to an awareness of Australia’s rich diversity of subtropical rainforests – forests that I have spent most of my life researching, at times trying to rehabilitate, and often just wandering through. For the last 40 years or more I have lived adjacent subtropical rainforest. And, so frequently, its inhabitants come to me. 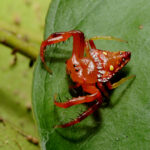 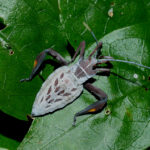 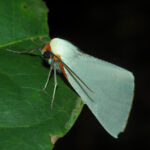 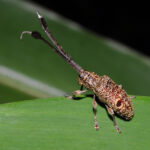 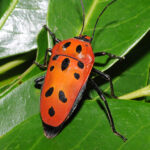 Though they are often overlooked, invertebrates are the other 99% of biodiversity. Ecosystems crumble without them.

What inspired you to write this book?

Over the years we have been shown, again and again, the impermanence of landscapes once thought to last forever. So it seemed an appropriate time to attempt to record in one accessible book an introduction to what these forests are all about, what dwells there, their evolutionary history, how some of the included plants and invertebrates interact, and an indication of what remains of our subtropical rainforest heritage; all in the hope that this will inform, engage and inspire efforts to preserve what is left.

The Invertebrate World of Australia’s Subtropical Rainforests has been a book long in the making. It reflects my personal experiences and my research background, largely of plant ecology, conservation biology and a little entomology. But it is also a book built upon the work of others, past and present.

The book opens with a dedication to Alfred Russel Wallace. Apart from formulating the theory of the origin of evolution through natural selection (in advance of Charles Darwin), Wallace was the father of the study of biogeography. Working alone in what we now largely call Indonesia he saw patterns in the distribution of species and sought to explain them. But more importantly to me, he was a great natural historian. These days, being a natural historian is sometimes dismissed as ‘old fashioned’ and no longer of particular significance. But the observation, documentation and contemplation of the natural world have provided the foundation upon which our understanding of all else rests.

The Invertebrate World of Australia’s Subtropical Rainforests is all about natural history. It focuses on the role and diversity of invertebrates within such ecosystems, their history and how they interact with one another, how they play primary roles as pollinators and decomposers, how they fit within food webs, serve to drive plant evolution and even manipulate forest and plant population structure. Though they are often overlooked, invertebrates are the other 99% of biodiversity. Ecosystems crumble without them. 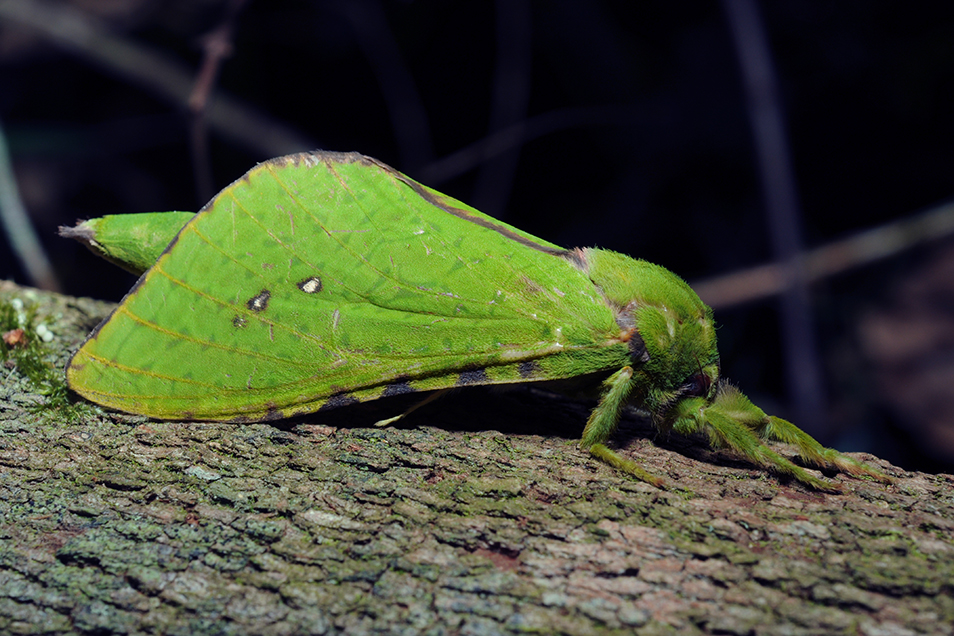 What did you find most rewarding about writing this book?

The Invertebrate World of Australia’s Subtropical Rainforests was driven by the need to compile into one volume the wealth of published information that lay scattered in specialist science journals, as well as many previously unpublished observations. It is impossible to hold in memory all that these resources entail, and so attempting to bring together this body of knowledge was an exercise in confronting material that was new to me as well as information that had slipped from memory. The passage of years does that!

The process of writing this book also reintroduced me to what were once undescribed species collected during field trips years before and deposited at that time in the safe keeping of museums and institutions – later, unbeknownst to myself, these specimens were studied and the results published by others. Writing this book also reinforced just what special and unique biological assets our subtropical rainforests hold; things not found in the oft-heralded Wet Tropics rainforests to the north. Our subtropical rainforests are replete with evolutionary histories, organisms, and plant–animal relationships that are not replicated elsewhere – ones that are truly ‘Gondwanan’ in origin. 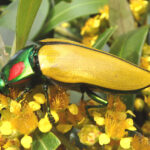 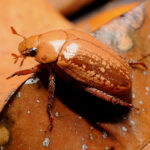 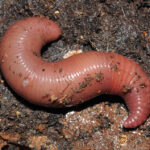 What concerns do you have for the biodiversity and conservation of Australia’s subtropical rainforests?

The biodiversity, ecology and extent of subtropical rainforests have long been under threat. These threats range from the cataclysmic impacts of land clearance to those more subtle, often unnoticed – threats of weed and alien animal invasion, ‘edge effects’, and the quiet yet catastrophic arrival of exotic pathogens. These alone or in combination pose extinction-level threats.

During the final months of compiling and proofing this book, horrific fires and subsequent prolonged episodes of drought devastated many of the rainforests mentioned within the book’s pages. The impact on individual rainforest stands and their biota is yet to be determined, and may never be: rarely do we have site specific records that provide prior baseline data. The survival of species is uncertain, and whole populations are gone. In-stream faunas, short-range endemics, species with poor dispersal capacities, invertebrates with host plant dependencies, and specialised plant–biota reproductive mutualisms are particularly at risk. In some landscapes, the damage is so extensive that the nature of rehabilitation and species survival is beyond accurate prediction.

And so there is a fear that The Invertebrate World of Australia’s Subtropical Rainforests, as more than one colleague has termed it, may become a memorial to ‘what was’.

The hope is that it is not. 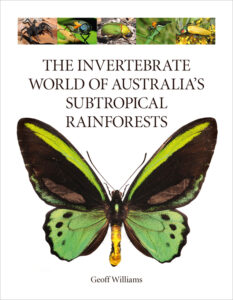 The Invertebrate World of Australia’s Subtropical Rainforests examines invertebrates within the context of the subtropical rainforests they are dependent on. You can purchase your copy from our website or through your local bookstore.

Geoff Williams OAM, AM is a conservation biologist with a PhD from the University of New South Wales and a specialist background in plant ecology, rainforest restoration and entomology. He is an Honorary Research Associate with the Australian Museum, Sydney, and has acted as an advisor to the Federal Government on the conservation of rainforests. Geoff was also the co-author of The Flowering of Australia’s Rainforests (CSIRO Publishing, 2010) and currently owns and manages a wildlife refuge in northern New South Wales.