Every creature matters in its own wonderful way, and native wasps are no exception. But in case you need convincing Katrina Germein and Suzanne Houghton will delight, surprise and woo you too in their picture book Wonderful Wasps. 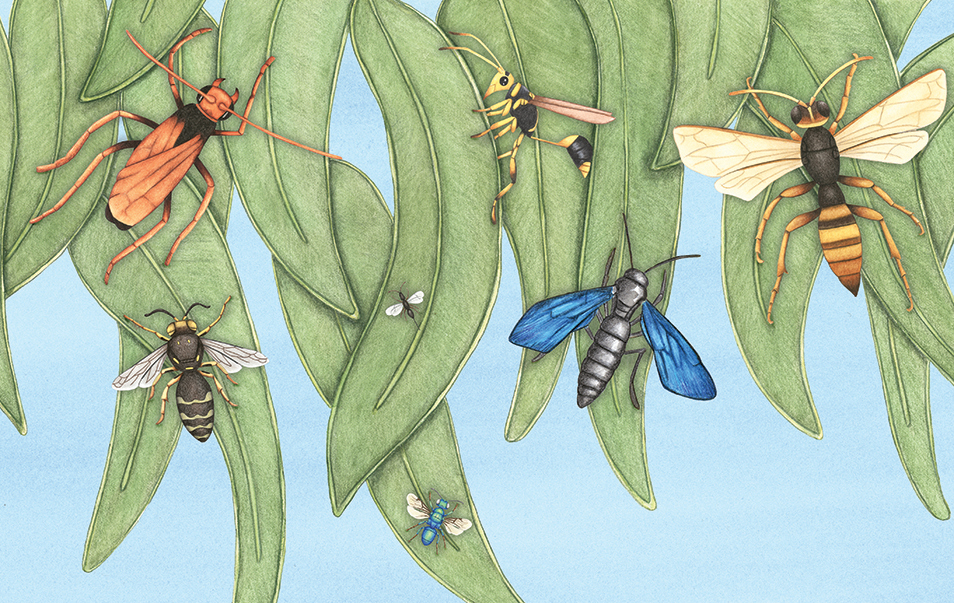 Let’s face it, wasps generally have a bad reputation. In Australia this villainous status is largely based on an introduced species, the European wasp, which is a nasty pest, and certainly knows how to ruin a good picnic or barbecue. 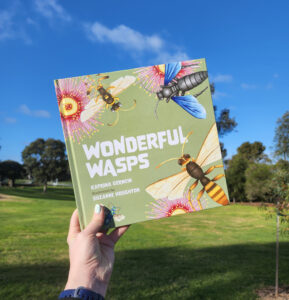 Wonderful Wasps by Katrina Germein and illustrated by Suzanne Houghton.

But did you know that Australia is also home to more than 12,000 native wasp species? And just like our beloved bees and butterflies, they are important pollinators – and who doesn’t love a pollinator? They also play a critical role in our environment as both predator and prey.

But in case you still need some convincing we’ve put together a few reasons why you’ll soon be wooed by wasps!

The proof is in the pollination

Wasps are pollinators! Most adult wasps feed on nectar from flowers – pollen will stick to the wasps as they feed, and they spread it between plants as they move from one to another. In fact, in some instances the role of a wasp is vital. Without native fig wasps there would be no native fig trees, because they rely on wasps for pollination. Other native wasps are essential partners for native orchids. 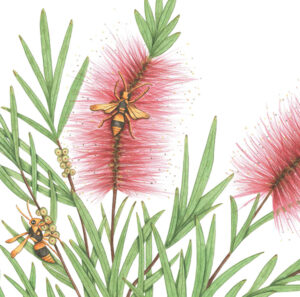 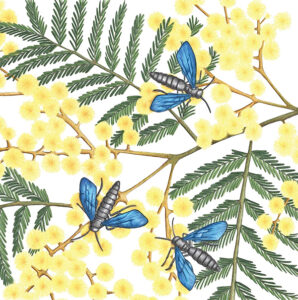 Pollen will stick to the wasps as they feed, then spread as they move to a new plant. (Illustration: Suzanne Houghton) 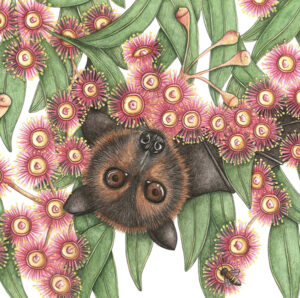 Don’t worry, we are not suggesting you begin adding wasps to your salads or soup. Wasps may not be considered delicious or even edible by humans, but for countless other animals they are an important food source. Birds, reptiles and amphibians all love to chow down on a juicy wasp. 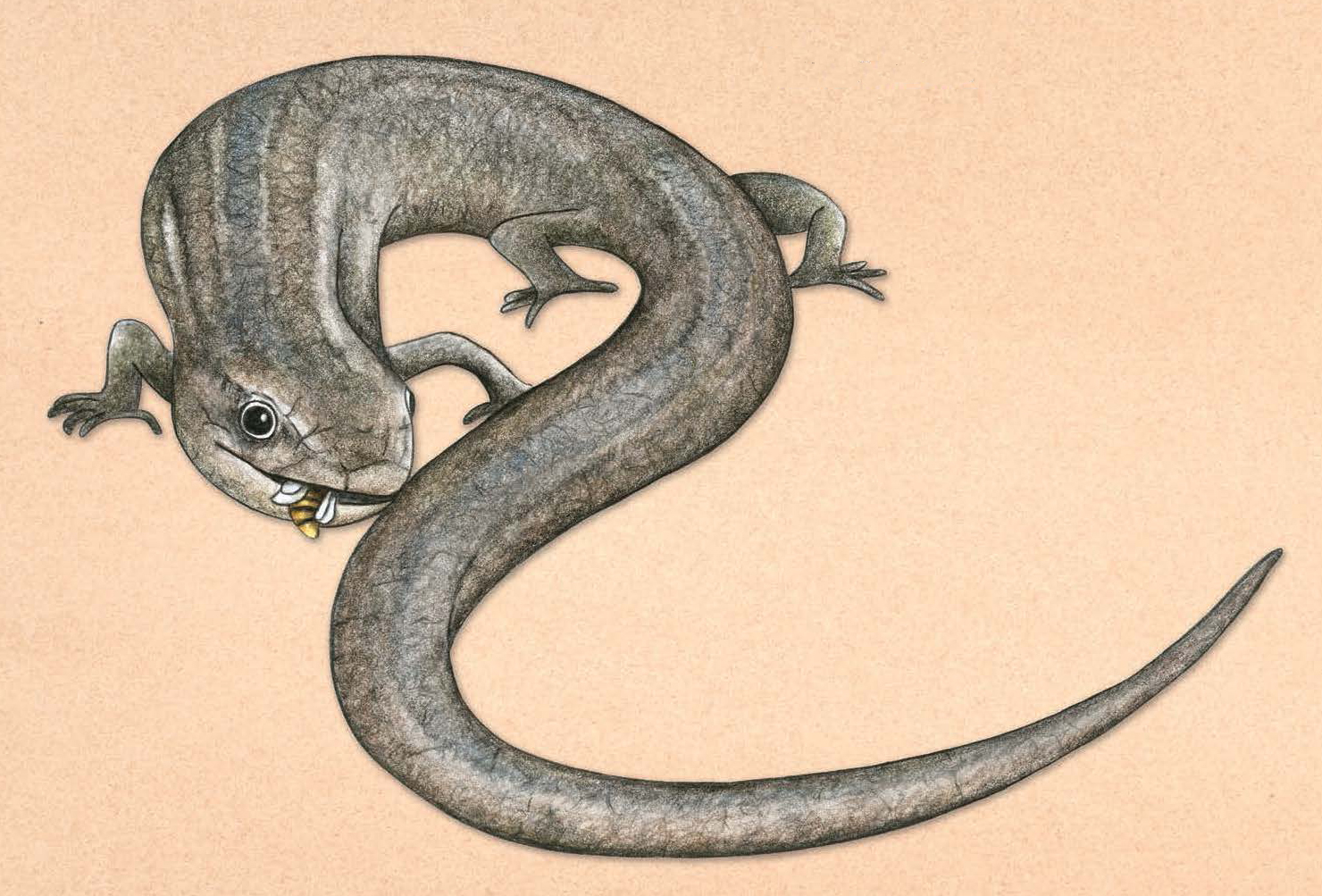 Australian native wasps also play an important role in helping control insect and spider populations. Paper wasps live in colonies, and often build nests in carports, sheds and around houses. If left alone, paper wasps help you control pests in your garden – finding aphids, flies and other bugs for their larvae to eat.

And while we advocate for the love of all creatures, arachnophobes out there will rejoice to learn about the female spider wasps who capture spiders for their babies to eat. The mother wasp finds a spider to sting and paralyse, lays an egg in the spider’s abdomen and then closes the nest with mud or dirt. When the wasp larva hatches, it feeds on the spider’s insides. Nauseating nature at its best! 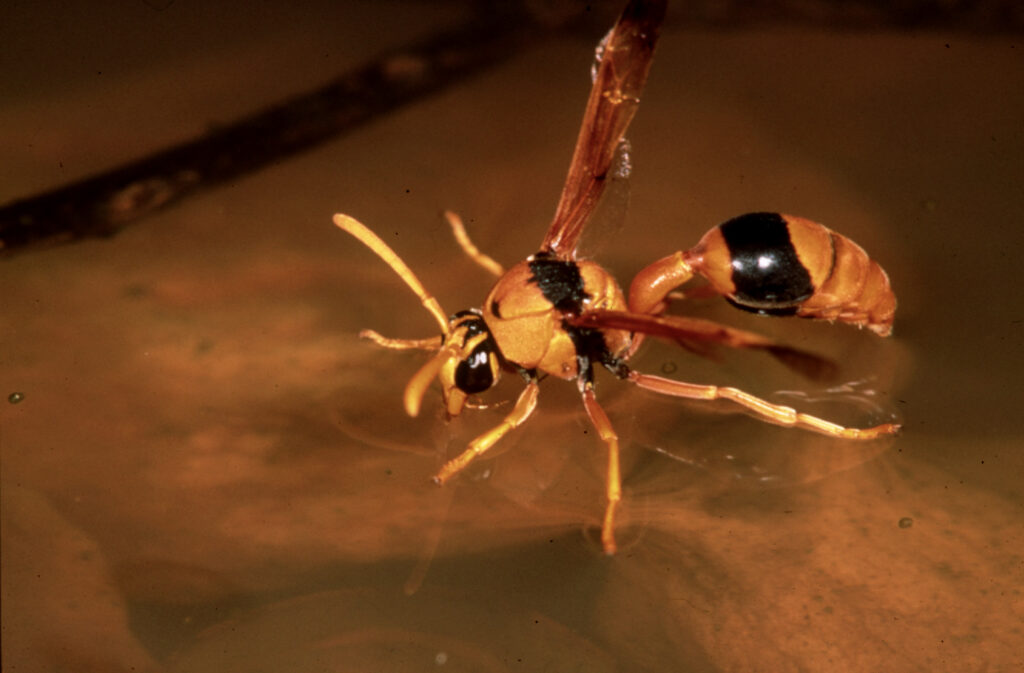 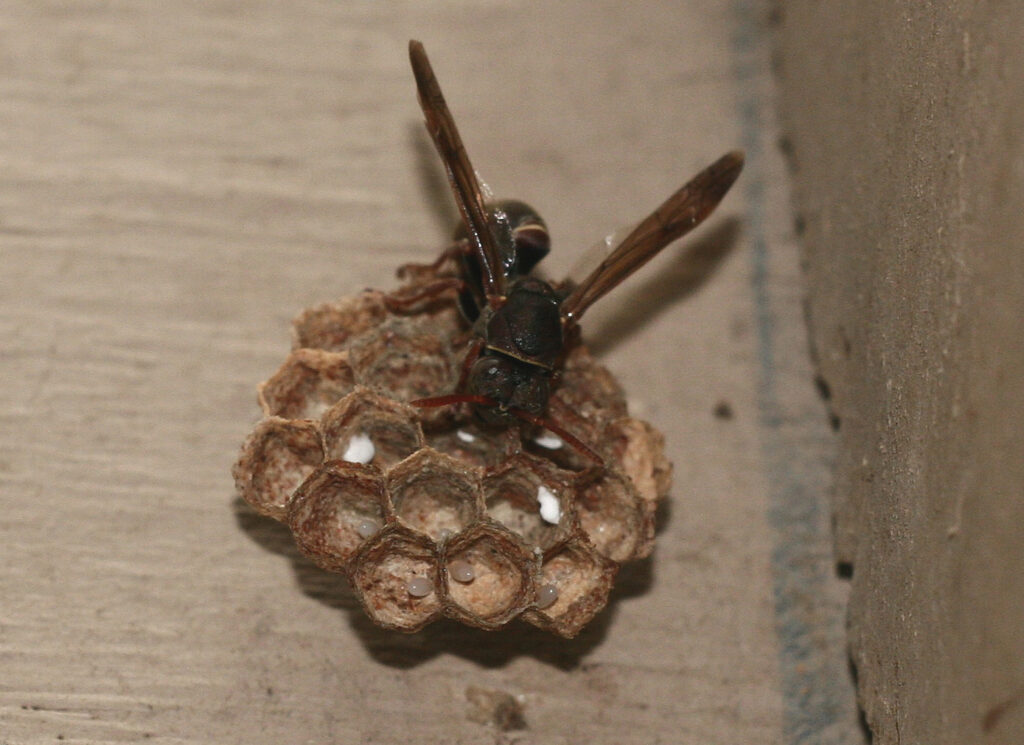 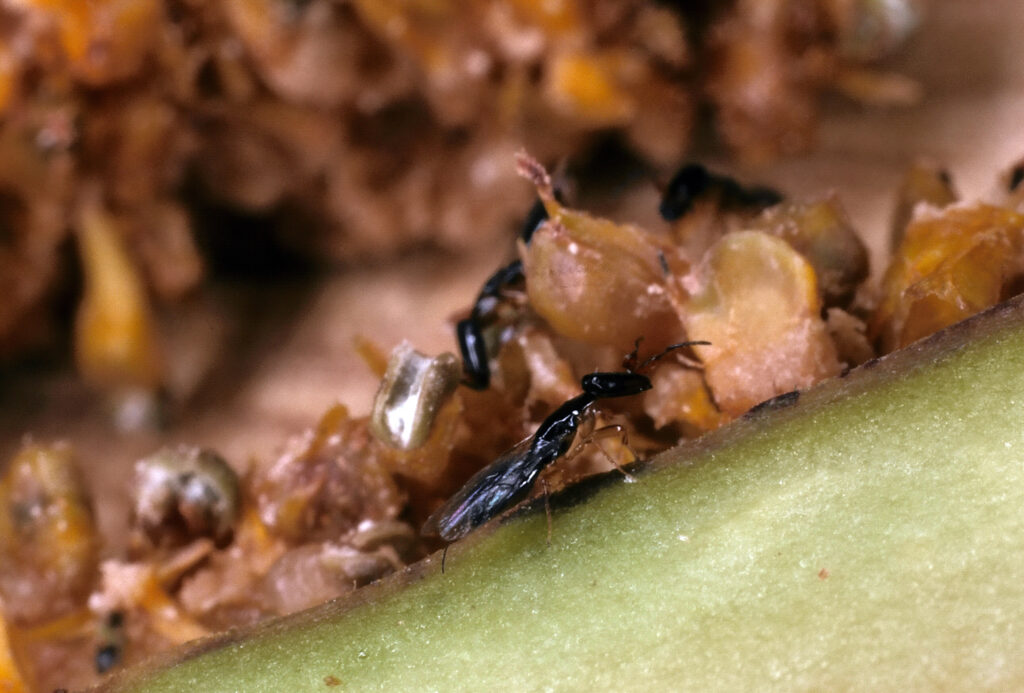 Without native fig wasps there would be no native fig trees. (Photo: P. Zborowski, ScienceImage, CSIRO)

They come in peace

Unlike those European wasp bad boys which can indeed be aggressive and inflict a painful sting, Australian native wasps rarely hurt people. They are often solitary creatures, unlikely to sting unless provoked, and some can’t sting at all.

However as with all wildlife we suggest it’s best to keep your distance. You can look but definitely don’t touch – simply admire them from afar.

We don’t encourage love of fauna based on looks alone, but sometimes being pretty is a bonus. Cuckoo wasps are the supermodels of the Australian native wasp world. These exquisite wasps are bright blue, green or purple, often appearing iridescent, glittering their way right into our hearts.

Every creature matters in its own wonderful way, and native wasps are no exception. We think they’re wonderful – if you give them a chance, you might too. 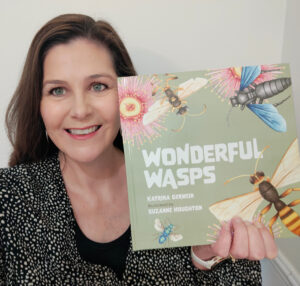 Katrina Germein is a teacher and award-winning children’s author. She writes picture books about family, fun and the natural environment. 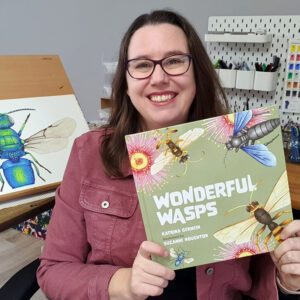 Suzanne Houghton is an award-winning picture book author and illustrator. She works closely with local schools through workshops and presentations.