On the Slime Trail with Dr John Stanisic – The Snail Whisperer

Prepare to fall in love with Australian native land snails. Just like the snails themselves, you’ll be all gooey inside after Dr John Stanisic has shared his insights on these often overlooked, but environmentally important invertebrates. 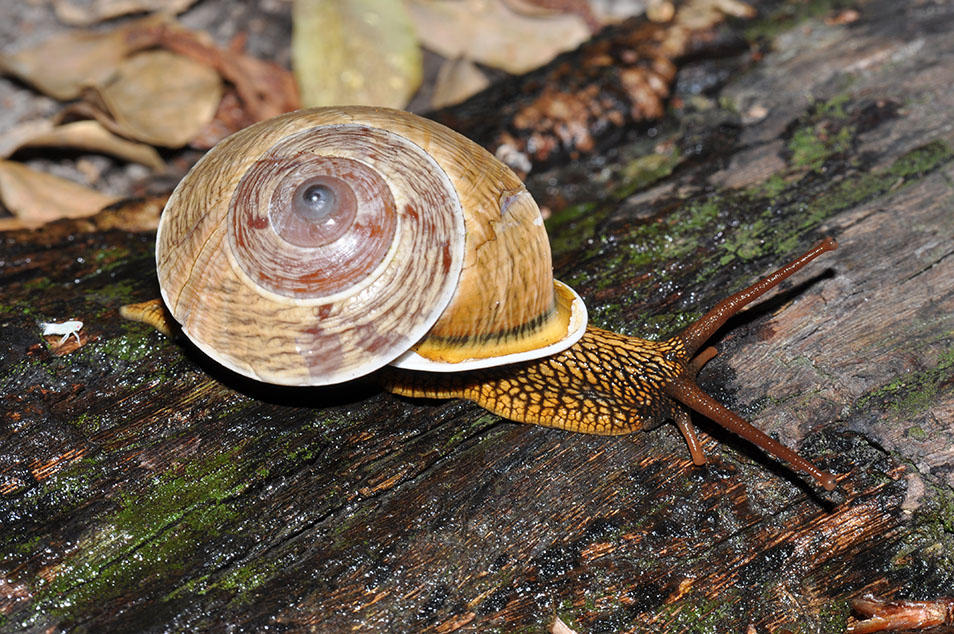 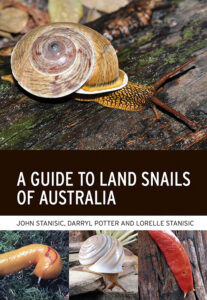 A Guide to Land Snails of Australia by John Stanisic, Darryl Potter and Lorelle Stanisic.

Snails generally have a bad reputation – this mostly revolves around the small number of introduced species sliming up the pathways and eating the lettuce leaves of Australian homes and gardens.

But did you know that there are an estimated 2,500 species of Australian native land snails?

Species that don’t in fact eat your garden plants, but instead, feed on fungi and lichen and play a vital role in the health of Australia’s forests. Many are also gorgeous, quirky and fascinating – yes, we said it – snails are fascinating!

But if you don’t believe us, let a man far more qualified convince you.

Dr John Stanisic is ‘The Snail Whisperer’ and he along with his co-authors Darryl Potter and Lorelle Stanisic have written A Guide to Land Snails of Australia, which highlights 160 of Australia’s most iconic native snail, semi-slug, and slug species. Yes, you get slugs too – you’re welcome.

We asked John about where his interest in Australia’s native land snails began, and what makes these slimy species so spectacular.

How did your interest in Australian land snails begin?

I began my lifelong love affair with snails at the Australian Museum, Sydney. I was given the job of curating the museum’s vast land snail collections which gave me a rare insight into the diversity of this little-known group of invertebrates.

I was then privileged to secure the position of Curator of Molluscs at the Queensland Museum which allowed me to pursue my passion for land snails professionally. Over the next 26 years, and in association with Darryl Potter, we increased the museum land snail collections from about 10,000 specimens to over 200,000 specimens. Among these were almost 900 species that were identified as new to science. More than 400 have been described in a labour of love that continues to this day with my wife Lorelle who has recently joined the ranks of the snail scientists. 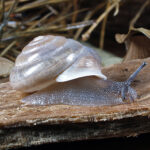 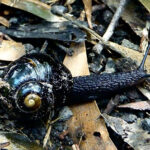 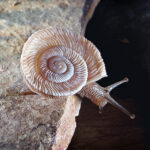 What is so special about Australia’s snails? Are there any species you find particularly fascinating?

Australian native land snails inhabit virtually all parts of the continent apart from the sandy deserts of the interior. They play an important role in the decomposition process in our forests feeding mainly on fungi, microalgae and other biofilm. They are not vegetarians and won’t eat your garden unlike the introduced species.

The semi-slugs and tiny pinwheel snails are among the most fascinating. The semi-slugs have a ‘half shell’ which means they cannot withdraw inside of it. Accordingly, they live in our wetter rainforests and are active only during the most humid periods of the day, otherwise they would face a snail’s most feared threat…desiccation!

The pinwheel snails (most less than four millimetres in shell diameter) are undoubtedly Australia’s most diverse group of snails. They account for more than 700 species in eastern Australia yet are still to be described. They are my favourite research group and I find their variety in shell sculpture truly stunning. 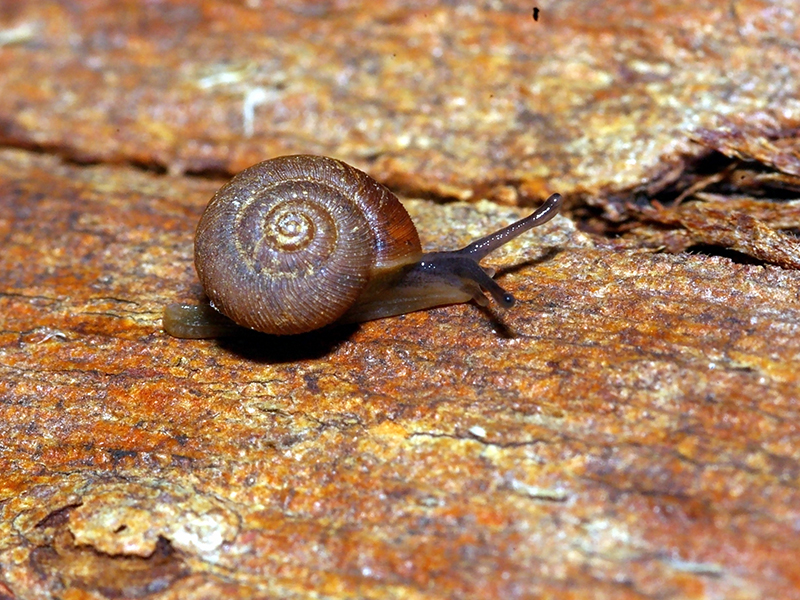 Having discovered almost 900 new species I don’t think that any single find comes to mind but perhaps the most enduring events in my fieldwork over the years have been collecting in the limestone areas of eastern Australia where the diversity of land snails is simply astonishing. 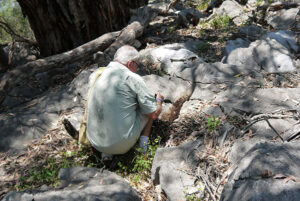 Of note are the limestones of Macleay Valley, New South Wales where in one outcrop I have recorded over 40 species living in snail harmony. Stumbling across such snail hotspots and encountering new finds makes the exertions of fieldwork worthwhile. I say exertions because being stung by ants and wasps, and brushing into stinging trees and nettles, is not the most enjoyable experience.

Finding large snails that have yet to be described is also remarkable. Their discovery poignantly highlights the fact that the land snails have been a largely overlooked group of invertebrates in biological surveys over past years.

Do you have any concerns about conservation?

Yes, and it goes without saying that the concerns are real and growing by the day. Land snails are impacted by land clearing and habitat degradation, by weeds and fire. There are already several native land snails listed on the Commonwealth and State Conservation Acts and from my viewpoint there are many more that could be listed as soon as today.

While a number of recovery plans outlining threat mitigating actions for snails have been written, very little in the way of action has been realised. Land clearing and use of fire as a land management tool have undoubtedly taken a toll on the native land snail fauna. Legislative action, community education and awareness about the problem and ways to minimise the threats, is the key to stemming the damage. It is a gospel I preach at each community engagement. Hopefully this guide also has a role to play. 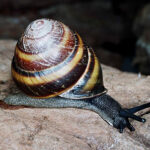 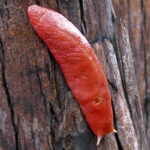 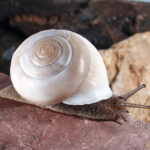 Can citizen scientists play a role in this field?

In a word, YES! The role of amateur snail enthusiasts has been critical in assisting snail scientists over the years. With the advent of digital photography on devices such as phones the ability to contribute to the discovery of new species and more significantly range extensions has broadened to include the wider citizenry. Facebook groups like Snails of Australia, and websites such as the Atlas of Living Australia, have greatly empowered citizen scientists with a renewed burst of enthusiasm for the natural world.

What inspired you to write A Guide to Land Snails of Australia?

From my earliest days at the Australian Museum, the dream of producing a modern field guide to all Australian land snails became a lingering ambition. However, the enthusiasm and general motivation for writing this guide stems from the general public’s eagerness to learn more about land snails. Land snails form a significant proportion of the 99 percent of the terrestrial fauna that does not comprise vertebrates. My only hope is that in this guide I can convey my passion for these fascinating creatures. 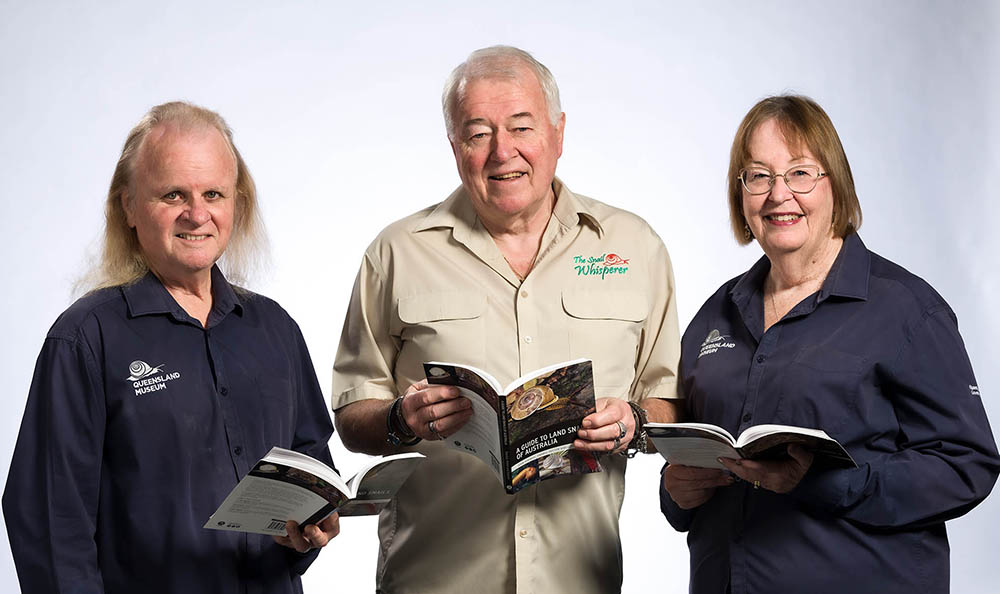 Dr John Stanisic, OAM, is an Honorary Research Fellow at the Queensland Museum, and has described more than 400 new species.

Darryl Potter is Biodiversity Collection Manager (Mollusca) at the Queensland Museum. His major interests are in terrestrial and marine gastropods of Australia.

Lorelle Stanisic is an Honorary Researcher at the Queensland Museum. She has completed a master’s degree on the charopid land snails of mid-eastern Queensland. 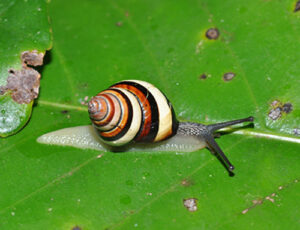 Feeling inspired to follow the slime trail? A Guide to Land Snails of Australia is the perfect introduction for the amateur naturalist, but also well suited to the fully fledged snail enthusiast. It is available on our website and from all good bookstores.

Junior snail whispers (or those that are young at heart) can read even more about Australia’s fascinating land snails on the Double Helix Blog.

Previous post:
Six reasons to use Double Helix magazine in your classroom
Coming up next:
‘Name the Birds You Meet’: Leach’s Bird Book and birdwatching in Australia