‘Name the Birds You Meet’: Leach’s Bird Book and birdwatching in Australia

Did you know Australia's first bird guide was published in 1911? Field guides have been an inspiration for nature-lovers in this country ever since. 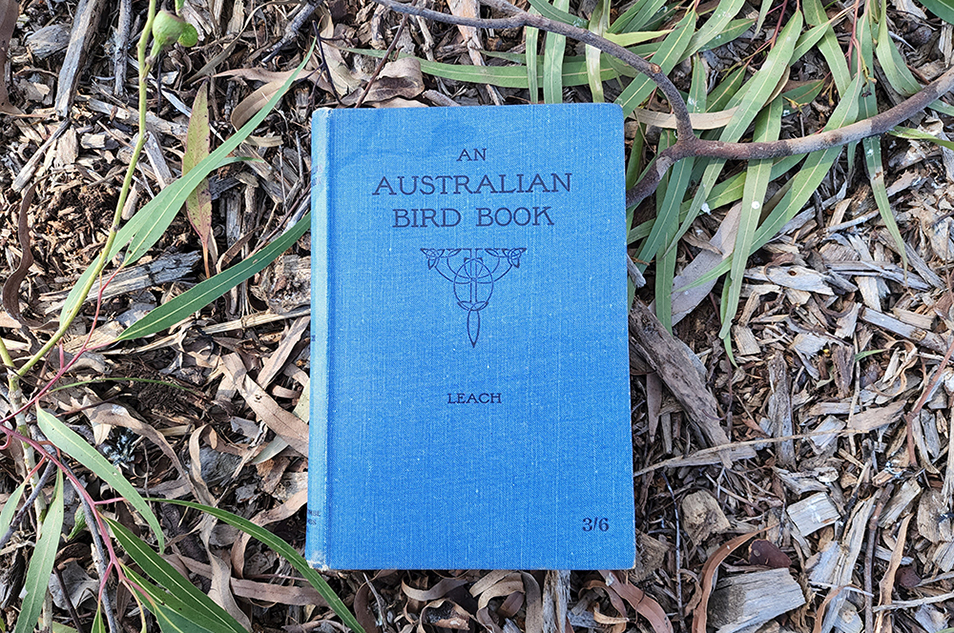 In 1911 the first field guide to Australia’s avifauna was published: J. A. Leach’s An Australian Bird Book: a Pocket Book for Field Use.

Even though handbooks already existed at this time, they were primarily for identifying dead specimens, and not really ideal for spotting live animals while in the field, the bush, or the local gardens.

The publication of Leach’s Bird Book could be seen as the beginning of birdwatching as a hobby in Australia, suggests Russell McGregor, Adjunct Professor of History at James Cook University, in his Open Access research article published in Historical Records of Australian Science.

As a publisher of numerous bird books ourselves, we were keen for Russell McGregor to share more about his personal connection with this book, as well as his reflections on the history and importance of field guides in Australia.

What attracted you to Leach’s book and motivated you to write this paper?

I was nine when I bought my first copy of Leach’s Australian Bird Book. It was 1964 and the only other Australia-wide field guide then available was Neville Cayley’s What Bird Is That?. Fellow birders of similar vintage will remember the scenario. They’ll remember, too, the struggle of fitting an image in Leach to a flighty, feathery thing dimly discernible through the lenses of a pair of army-surplus binoculars. Clinching an identification was an awesome achievement.

Fast-forward almost 60 years, and I’m writing a history of birdwatching in Australia. Leach’s Bird Book takes on an entirely different shape. No longer a helpful, if frustrating, manual for a fledgling birder, now it’s a foundational text in the history of Australian birding.

Australia’s first field guide, Leach’s Bird Book initiated a stream of publications encouraging people to observe, identify and appreciate the avian wonders around them. Though it is dated as a field guide, it holds messages still relevant to us today.

I still go birding, now with a more up-market pair of binoculars and with field guides as apps on my mobile phone. Since my boyhood birdwatching forays in the 1960s, the pastime has changed immensely. Yet I still carry a love of birds that Leach’s book helped to both foster and focus. 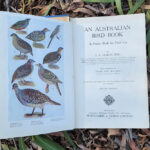 An Australian Bird Book by J. A. Leach was first published in 1911. 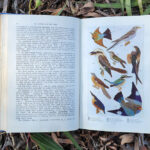 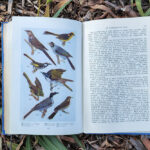 Usually, people think of field guides in instrumental terms, as reference works to help them pin a name to a bird. But field guides are far more than that.

They’re windows onto the world of nature, opening our eyes and ears to an avian realm of beauty and wonder. The greatest ever field guide author, the American Roger Tory Peterson, knew this and explicitly offered his guides as means for people to connect with nature and thereby commit to conserving it. 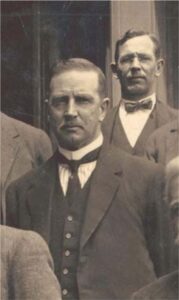 J. A. Leach, with Neville Cayley behind. Detail from a photograph of the Sydney session of the Royal Australasian Ornithologists’ Union, National Library of Australia, Canberra.

John Leach preceded Peterson by decades; his Australian Bird Book was nowhere near as sophisticated as those of the innovative American. But Leach, too, appreciated that truth about the genre he founded in Australia.

Leach said that his book would enable people ‘to name the birds they meet’, but he made it clear that it also served grander purposes. Naming the birds was merely a first step toward appreciating and understanding them, which in turn, he hoped, would promote their conservation. Throughout his Bird Book, Leach hammered those points hard.

Today’s field guides tend to be less strident on these matters, though without ignoring them. Yet, explicitly or implicitly, field guides continue the tradition established by Leach, offering not merely a means of naming birds but also an impetus to love and cherish them.

Russell McGregor’s Open Access research article, “J. A. Leach’s Australian Bird Book: at the interface of science and recreation”, can be read in Historical Records of Australian Science.

Just as Australia’s birdwatching culture and technology used by birders has developed since the publication of An Australian Bird Book, so have guide books. While Leach’s handbook is long out of print, readers can these days turn to books like The Compact Australian Bird Guide, an essential quick identification book, small enough for any backpack, and based on the award-winning The Australian Bird Guide.

“While the dazzling diversity of Australia’s birds is something to be celebrated, it can all be a little overwhelming for someone who is new to birds,” writes Sean Dooley of BirdLife Australia in his review of this guide.

“The Compact Australian Bird Guide achieves the delicate balance of being comprehensive yet concise, accurate yet accessible. The straightforward layout, succinct text and beautiful illustrations allow for a greater appreciation and understanding of Australian birds. For the novice bird lover, The Compact Australian Bird Guide will unlock the mysteries of Australian bird identification and for the seasoned birder it will be like seeing the familiar with fresh eyes.” 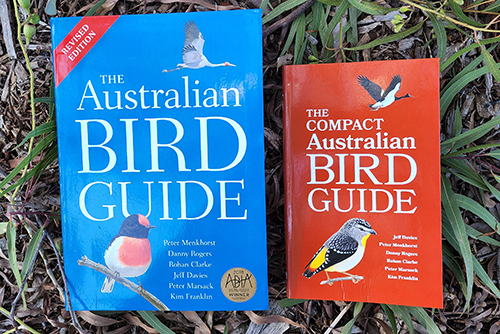 We hope our guides continue to inspire people to learn about, admire and cherish Australia’s avifauna, the way Leach hoped his Bird Book would, and encourage anyone to enjoy birdwatching, whether it be on a holiday, field trip or simply in their own backyard.

Previous post:
On the Slime Trail with Dr John Stanisic – The Snail Whisperer
Coming up next:
Quiz: How To Survive on Mars