Quiz: How To Survive on Mars

Are you ready to become a Martian? Test yourself to see whether you truly know enough about how to survive on Mars! 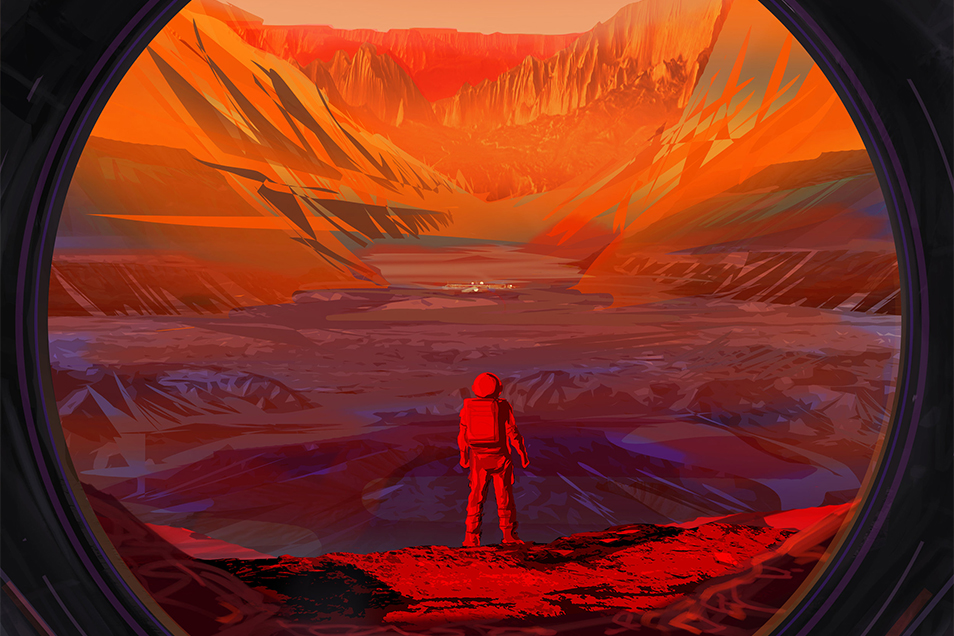 Do you have what it takes to survive on Mars? (Illustration: NASA/JPL-Caltech) 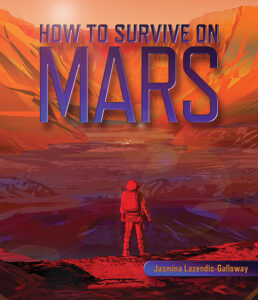 How to Survive on Mars by Jasmina Lazendic-Galloway.

Mars is the only other planet in the solar system where humans can possibly live long-term. However, it won’t be easy to live there, even short-term. While Mars has the raw planetary material we could use to support human life, physical conditions on the planet are too extreme for humans.

There are lots of challenges we will need to solve before humans can live on Mars – from figuring out how we would make living quarters and produce food, water and air to breathe, to how to keep astronauts happy and healthy during their long time away from Earth.

Are you an aspiring astronaut or dreaming of your own space adventure? Test your Martian knowledge with this quick quiz, with facts and illustrations taken from our kids’ book, How to Survive on Mars. 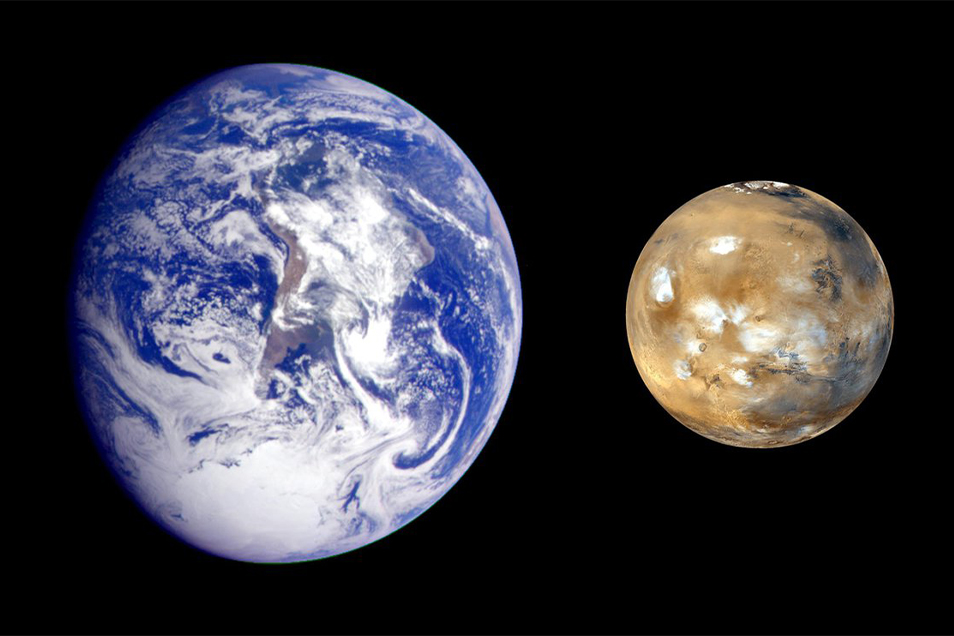 #1. True or False? Mars is called the 'Red Planet' because it is a lot hotter than Earth – red-hot!

False – Mars is further away from the Sun than Earth, so temperatures on Mars are much lower than those on Earth. The warmest it gets on a hot summer day in some regions of Mars is around 30°C, but it gets down to -140°C on a frosty winter day!

DID YOU KNOW? Mars is called the ‘Red Planet’ because the surface of Mars is covered in fine reddish dust made of iron oxide – the same mineral that makes up rust on Earth.

📷 The relative sizes of Earth and Mars. (Photo: NASA/JPL-Caltech) 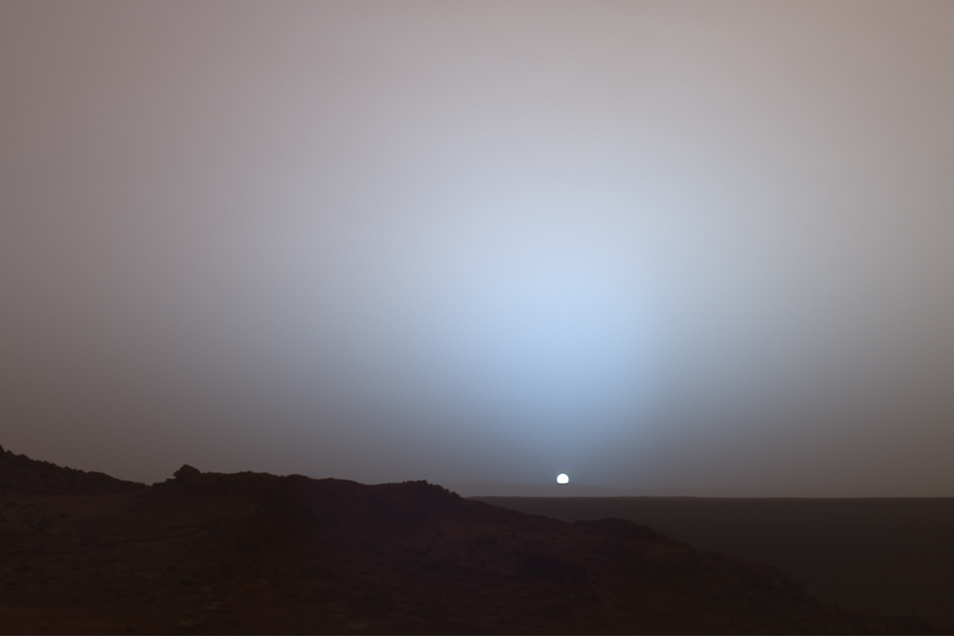 #2. A day is the time it takes a planet to rotate once. What is the name for a Martian day?

A day on Mars is called a ‘sol’, which is short for ‘solar day’. A Martian day is 24 hours and 40 minutes long in Earth time.

📷 A blue sunset captured by the Martian rover Spirit in May 2005. (Photo: NASA/JPL/Texas A&M/Cornell) 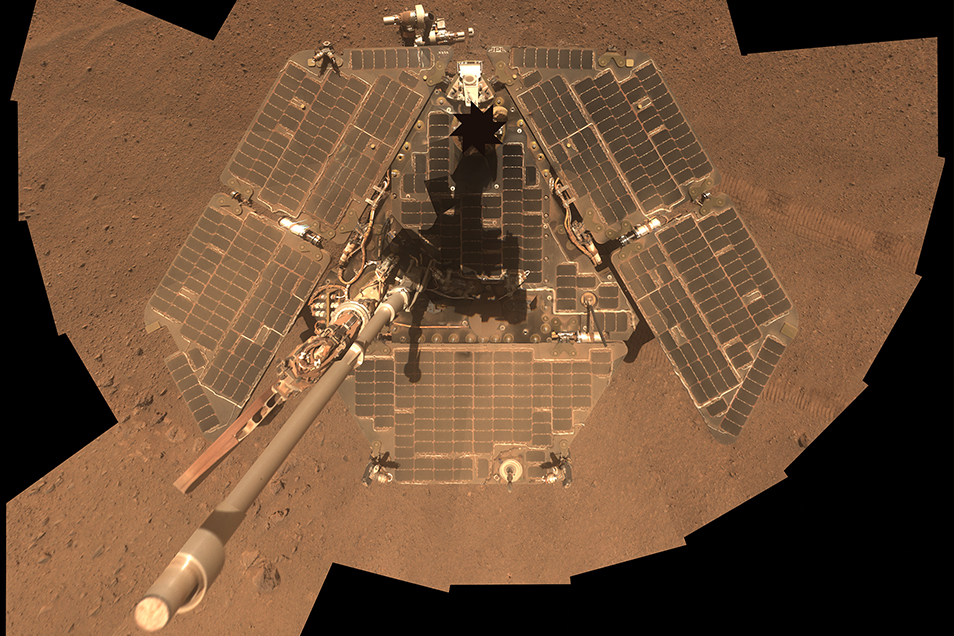 #3. Opportunity (Oppy for short) was a rover sent to Mars in 2003. It was designed to work for just 90 days – but managed to keep going for an incredible 15 years, collecting useful data and images of Mars. What was Oppy's main mission?

Oppy was sent with another rover, Spirit, to find evidence that liquid water existed in the past or is still present in the sub-surface of Mars. Scientists thought that if the rovers could find water, then we know that there is a good chance that at least some life forms could exist. The two rovers found a significant amount of evidence that Mars was warmer in the past and had water on the surface! 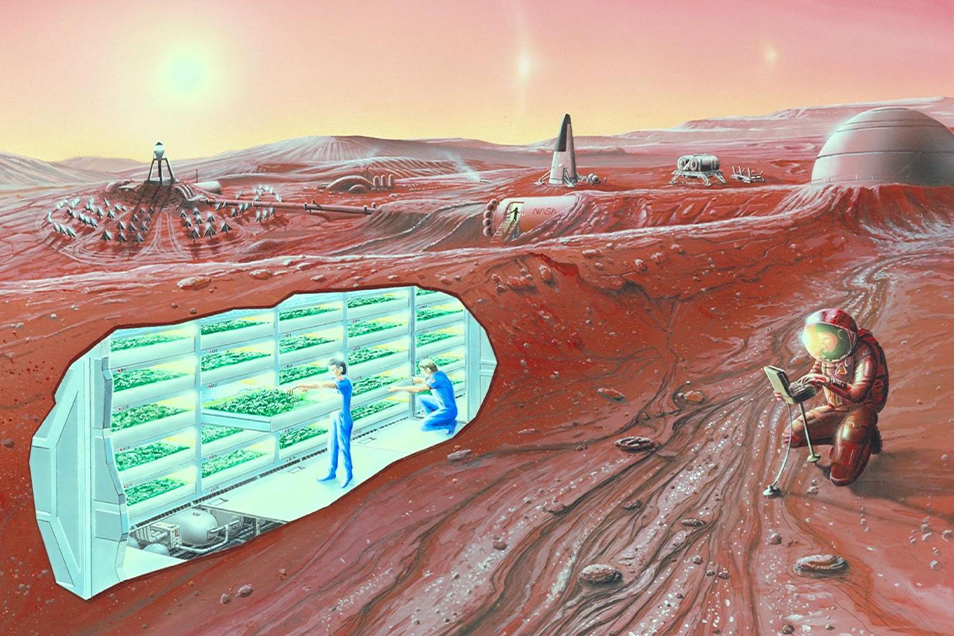 #4. Martian rovers like Oppy are powered by solar panels, but a human settlement wouldn't be able to rely on solar panels alone – why?

Mars also has global dust storms that can cover the whole planet for days or weeks every 10 years or so. Solar energy can’t be produced during such times, so we need alternate methods to power our settlements during these storms.

DID YOU KNOW? Oppy the rover was engulfed in one of the global dust storms in 2018. Unfortunately, the storm lasted too long, and the tough little rover was not able to recover its power after the storm had passed. 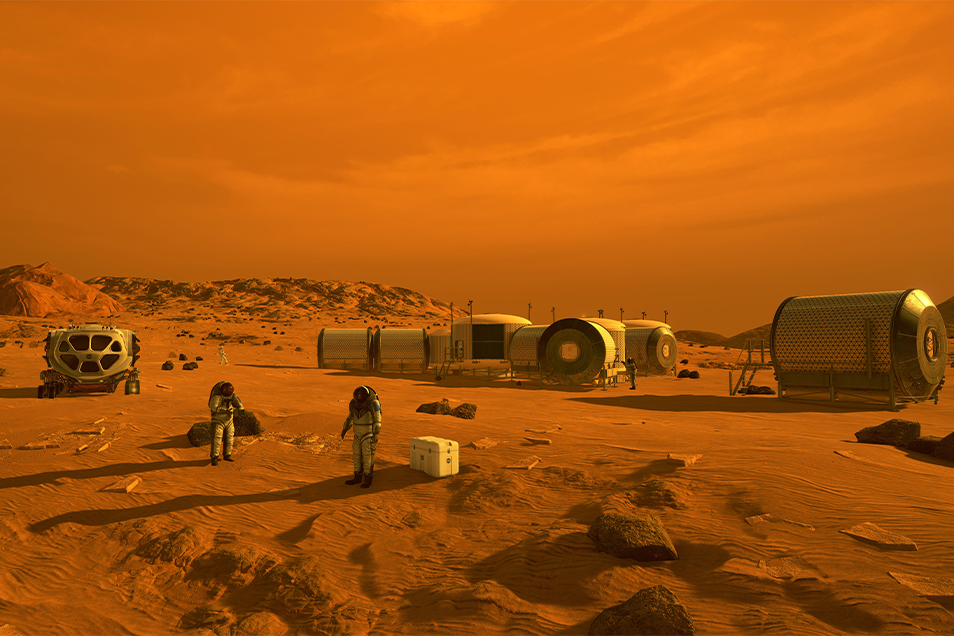 #5. Roughly how long would it take to travel to Mars?

A one-way trip to Mars would take around 7–8 months – and you thought long car rides were hard!

Mars orbits more slowly around the Sun than Earth, so the distance between Earth and Mars changes all the time. Every two years Mars is closest to Earth at roughly 55 million kilometres. For a comparison, the distance to the Moon is ‘only’ 385 000 kilometres. Humans have visited the Moon already, and a one-way trip took about three days.

📷 An artist’s impression of a small Martian science base. (Illustration: NASA)

How’d you score? Are you a Martian expert?

Learn all about Mars and the challenges that humans will need to solve to survive there by reading our book, How to Survive on Mars, written by Jasmina Lazendic-Galloway.

Perfect for ages 8–12, How to Survive on Mars is available from all good bookstores and online. 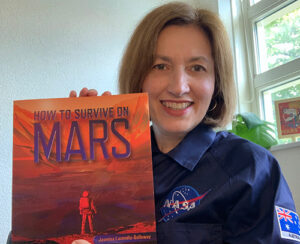 Jasmina Lazendic-Galloway, author of How to Survive on Mars.

Jasmina Lazendic-Galloway is an astronomer and educator. A passionate science communicator, she has appeared on numerous television and radio shows, written popular science articles and led a popular online course about Mars. She is a member of the National Space Society of Australia.

Previous post:
‘Name the Birds You Meet’: Leach’s Bird Book and birdwatching in Australia
Coming up next:
Swoop Right Into Our Hearts: Four reasons to love magpies