A Notable Achievement: Rohan Cleave reflects on the CBCAs

In 2016 Rohan Cleave's first book Phasmid made the CBCA shortlist. Find out where the author got his inspiration to write for children and what receiving this recognition meant to him. 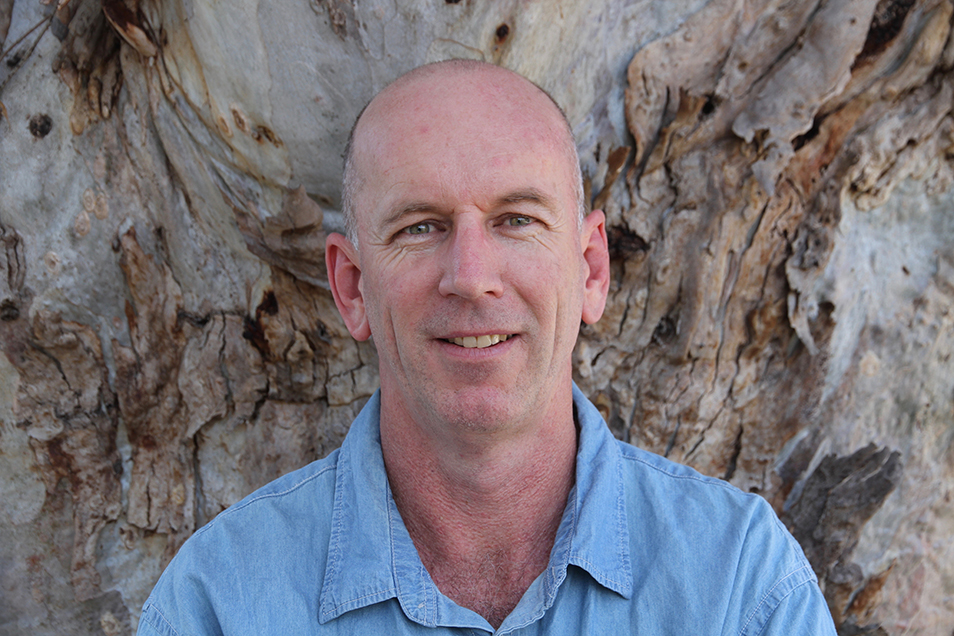 Rohan Cleave, zookeeper and author of Bouncing Back and Phasmid (Photo: Alex and Lilly Cleave)

Each year the Children’s Book Council of Australia (CBCA) celebrate the best in Australian children’s literature by announcing the CBCA Book of the Year Awards. Established in 1946 to promote children’s books of high literary and artistic quality, these awards are now one of the most influential and highly respected in Australia. 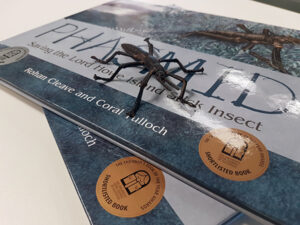 It is an outstanding achievement to be recognised by the CBCAs and back in 2016 Rohan Cleave’s first ever book, Phasmid: Saving the Lord Howe Island Stick Insect, went on to receive an Honour in the Eve Pownall category for Information Books. Last year Rohan and illustrator Coral Tulloch partnered again to produce Bouncing Back: An Eastern Barred Bandicoot Story. Bouncing Back is another beautiful story of a species on the brink of extinction, and has just been announced as a Notable in the 2019 CBCAs (external link).

We’ve asked Rohan where he got his inspiration to write for children, and to reflect on the magnitude of his achievements.

Why did you decide to write a children’s book?

I have always loved beautifully illustrated children’s books and as my two children grew, it was a nightly joy, getting them to choose books to read at bedtime. One day I decided to write my children a story, a story about a very important phasmid (also known as the Lord Howe Island Stick Insect) and my first book evolved from there. I had been working with this species for many years so developing a story to tell their story became a passion.

It was originally just a private story for my children – however I had been telling this story for so long, I decided to see if I could develop it for children everywhere as an illustrated book.

My ambition was to bring different fields together, something I hadn’t really seen much of in books; conservation work, children’s publishing, science and art. I knew the most important aspect for me personally was the illustrations, and an illustrator I was able to connect with. When CSIRO Publishing agreed to publish my story and Coral Tulloch agreed to illustrate it, I was confident we could produce something beautiful, something that children could relate to.

With this team, the book continued to evolve and improve through the pre-publication journey, a process I love as it brings creative minds together to improve the body of work. Hopefully my stories will be read over and over again and the reader will think about this book when they grow up as a positive memory. 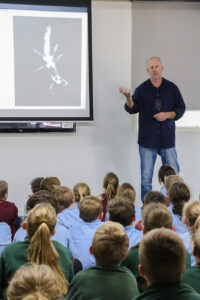 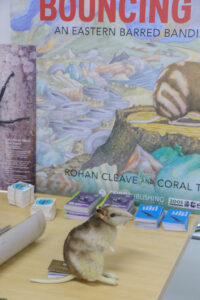 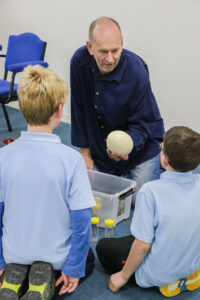 Rohan Cleave talks to students during Children’s Book Week in 2018.

What sort of response have you had from children?

This is definitely the most enjoyable part of connecting with readers of your work. Having someone say they love my books is the only reward I need. The books are more than one dimensional and I have always thought different age levels, will get different things from them – that is how they are designed, to get people to learn, think, care and hopefully act.

It’s great to receive a photo of a parent reading one of my stories to their child or to receive letters about how much they enjoyed the books. I love Children’s Book Week – I’ve received photos of children dressed up as a Lord Howe Island Stick Insect or an Eastern Barred Bandicoot and parading around the school with book in hand. That is an amazing feeling, knowing you are making an impact.

If I can inspire a child to follow their dreams of one day working in the fields of endangered species, science, art or writing, then the work involved in bringing a book to life is definitely worth it.

One of the most memorable events was two school girls came up to me after a presentation and asked if they could be authors one day too, as they had written a story together. I was really inspired by that encounter and encouraged them to follow their dreams of publishing. You never know where in the world your books will end up, in whose hands and what impact that will have on them and their future, and that is a nice thought. 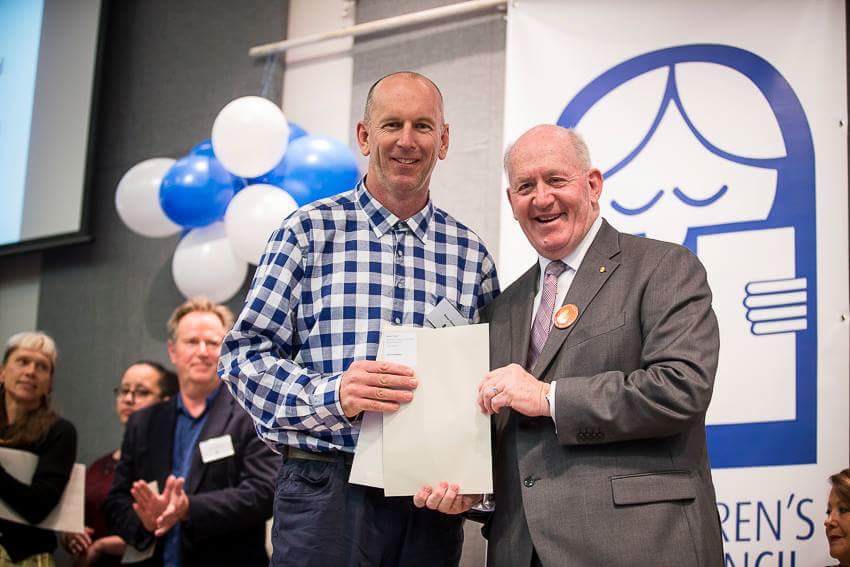 What did it mean to be short-listed for a CBCA Award?

From the initial contact from my publisher saying we were long-listed and then ultimately short-listed was very exciting and totally unexpected. It was a huge honour. Sharing that news with the Phasmid book creative team was brilliant as publishing a children’s book, I believe is a team effort. Having a publishing company’s support and faith in your abilities and joint creation is wonderful. But to walk away with an honour book was something we were all incredibly proud of as a small creative team.

Attending the award ceremony with my Publisher was a very rewarding experience. Sitting in the audience with such a diverse and amazing group of writers and illustrators, taking in the occasion is something I will always treasure. Ultimately, I am a children’s book fan too and having the CBCA recognise your work is a really flattering. The exposure the CBCA Awards has given our book is also amazing and certainly means a lot to all of us who brought Phasmid – Saving the Lord Howe Island Stick Insect to life.

The CBCA Book of the Year Awards are announced in three parts – the Notables (Long list) announced in February, the Short List announced in March, and then the Winner and Honour Books announced in August, during Children’s Book Week.

Previous post:
A Postcard from London Book Fair 2019
Coming up next:
The Worth of Wetlands: understanding the monetary value of global wetlands